Capital of Iraq, Baghdad is located on the River Tigris, the city dates back to the 8th century and was once the centre of the Muslim world. Baghdad International Airport is located in a suburb about 16 km (10 miles) west of downtown Baghdad. 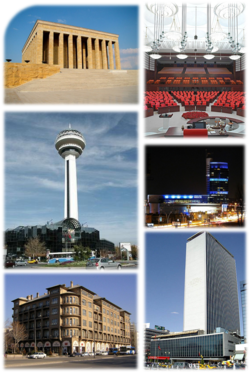 Centrally located in Anatolia, capital of Turkey and the country’s second largest city, Ankara is an important commercial and industrial city. It had officially replaced Istanbul (formerly Constantinople) as the new Turkish capital city, on 13 October 1923. The two major attractions are the Atatürk’s mausoleum and  the Museum of […]