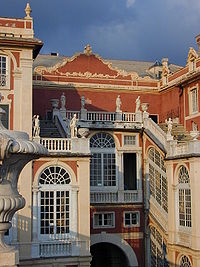 Genoa is a city and an important seaport in northern Italy. It is also called la Superba due to its glorious past. Genoa, which forms the southern corner of the Milan-Turin-Genoa industrial triangle of north-west Italy, is one of the country’s major economic centres. The Genoa Cristoforo Colombo Airport is […]