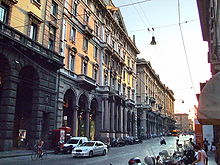 Bologna is the capital city of Emilia-Romagna, in the Po Valley of Northern Italy. Home to the oldest university in the Western world, University of Bologna, founded in 1088, Bologna is one of the most developed cities in Italy. Bologna Airport is approximately 6 km (3.75 miles) northwest the town […]